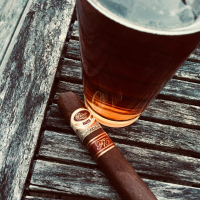 smoke_em_if_you_got_em Posts: 4,979 ✭✭✭✭✭
July 2011 in Non Cigar Related
Did you guys here about this. I just read it online this morning and I cant freakin believe it. I was wondering why one of her old videos was on tv today but didnt really think anything of it. Man as messed up as that chick was she had one of the greatest voices I have ever heard. Damn..died @ 27..yet another one that passed away too early. RIP Amy...
0