The appearance of this cigar is very attractive to me. The striking orange, ribbon footband and the absence of a traditional cigar band by the head makes for a striking presentation against this stick’s dark, matte wrapper leaf.

The Connecticut Broadleaf wrapper is really dark brown, almost black in color. It’s got a few veins and bumps, giving it a rustic look characteristic to this type of tobacco. The construction is nearly seamless and evenly rolled with a uniform firmness. The draw was perfect throughout, and the cap came off easily in preparation for the smoking experience.

The pre-light draw has molasses sweetness and a soft leather note. The body and foot smell of barnyard funk. I figured it would pair nicely with my George Washington socks -- obviously I figured correctly (as seen occurring below). 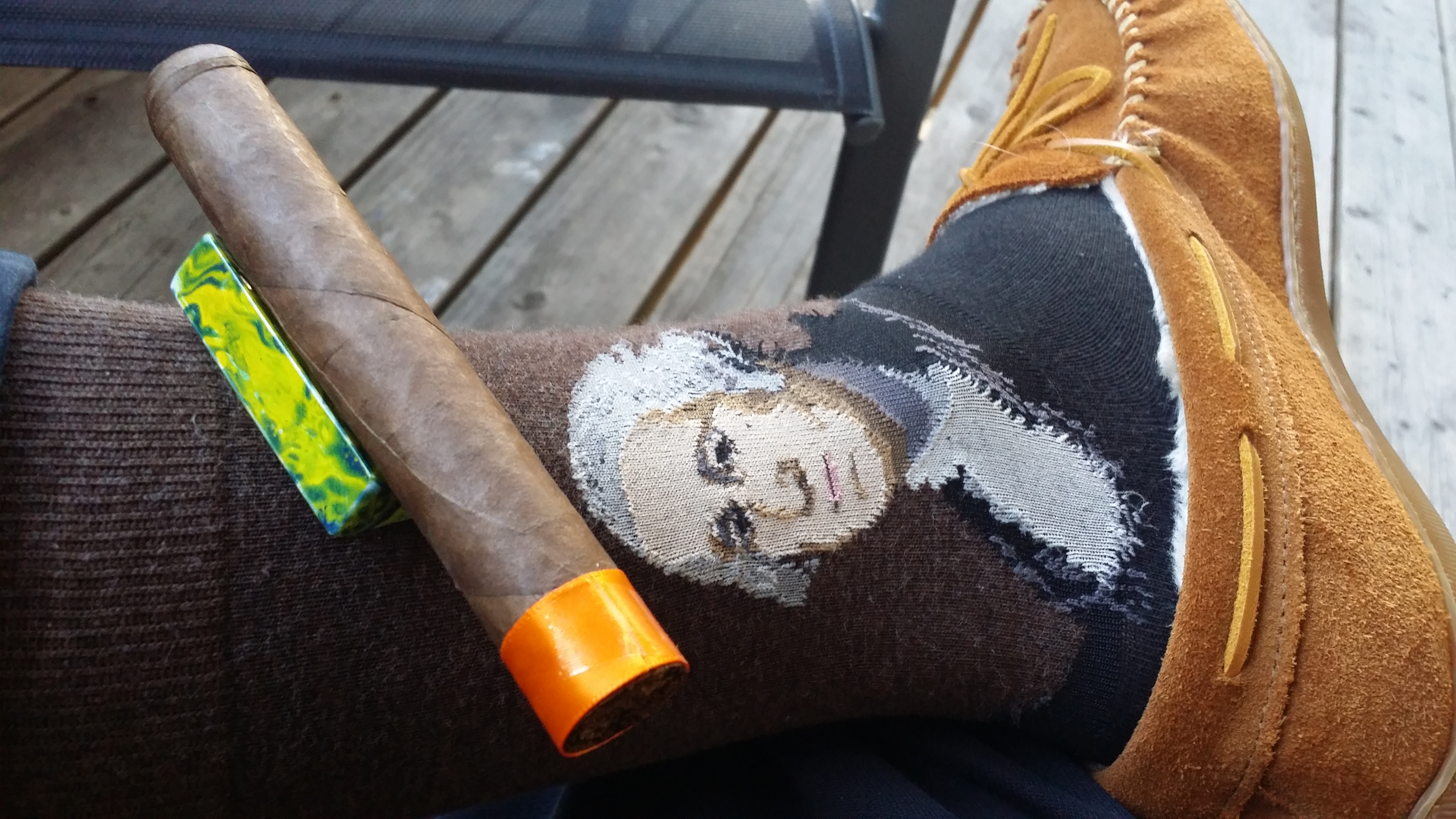 After toasting the foot, the signature mineral/earthiness of the Broadleaf is the first thing I taste followed by a cocoa that settles in over the course of the first inch.

The retrohale adds cinnamon and leather to the base of cocoa in the first inch. There is a tiny bit of spice, but it’s more of a whiskey and cinnamon than the usual pepper.

One thing I noticed is the cigar’s creamy smoke output. There’s a juicy mouthfeel that I find rare in cigars. It’s actually a principle I’ve heard Steve Saka and Nick Melillo discuss on podcasts before. They have made a case for creating only blends that make the mouth water. And this blend definitely hits that mark.

The draw is perfect, with a slight resistance. The burn is razor straight and the ash is thick, white, and holding on tight. 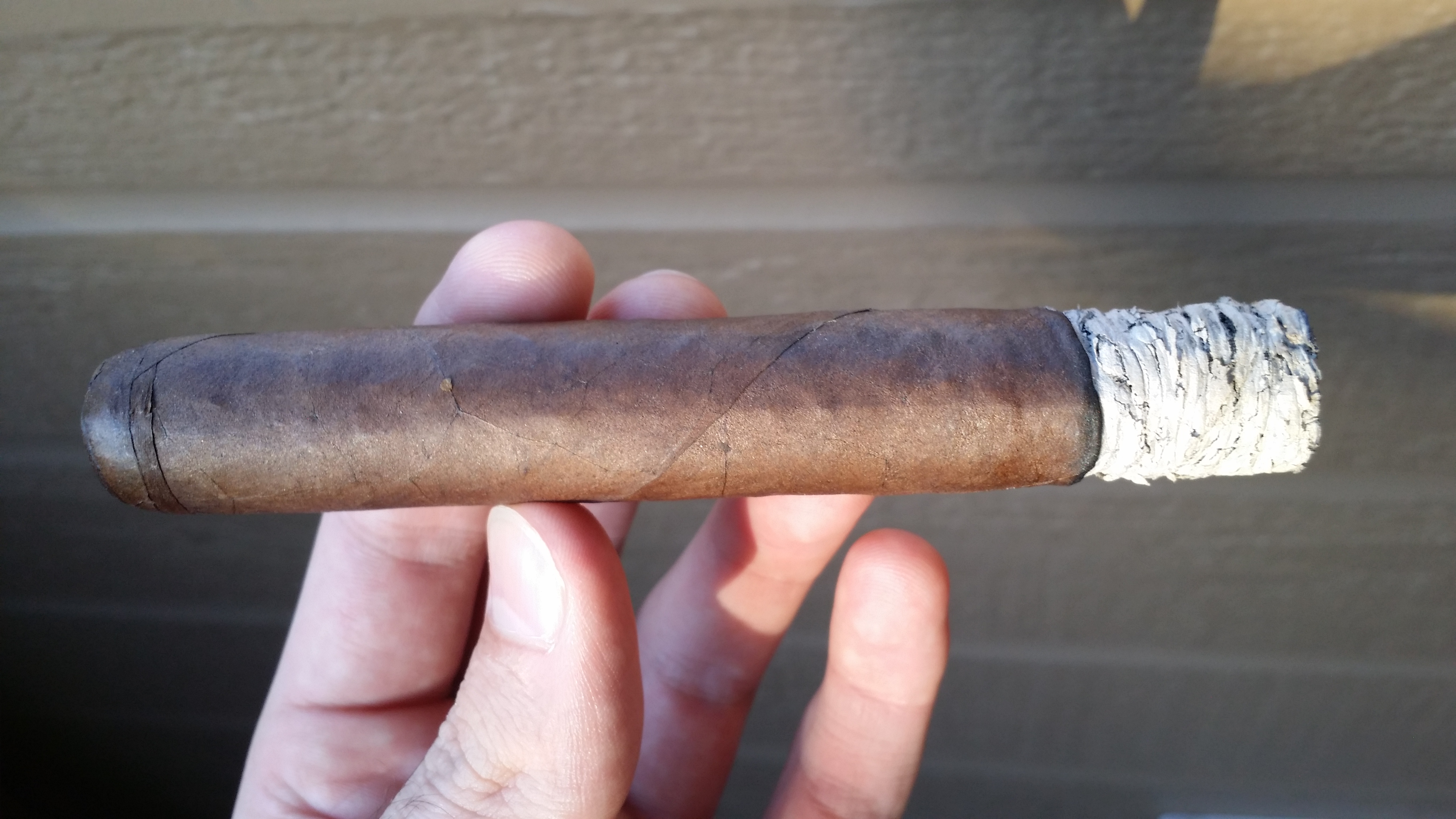 The second inch really sees the blend hitting its stride with subtle notes of honey and seared meat coming into play. The cocoa has basically disappeared, but the mineral notes remain.

At this point, the blend reminds me of the La Imperiosa flavor profile, with less strength. The whiskey I alluded to earlier is coming on stronger now and leaves a light snap on the tongue. The finish is sweet and clean with whiskey and honey, while the body retains the caramelized meat elements.

Both the construction and the combustion of this stick were fantastic. Its draw was easy and provided a surprisingly long-burning, complex experience without going out or requiring a single touch-up.

The lack of pepper both surprised and impressed me. I was expecting something from the My Father factory to have more spice in its profile. I really dig the restraint and nuance that was used in this blend to let the flavor do the talking, and not allow this to be just a pepper bomb. This cigar had a medium-plus strength that was much closer to medium than full.

As far as a rating, I would say my advice is to buy a box on sight. I really freaking enjoyed this cigar.

Thanks to the homie @bigeffinsteve for the opportunity to enjoy this smoke. 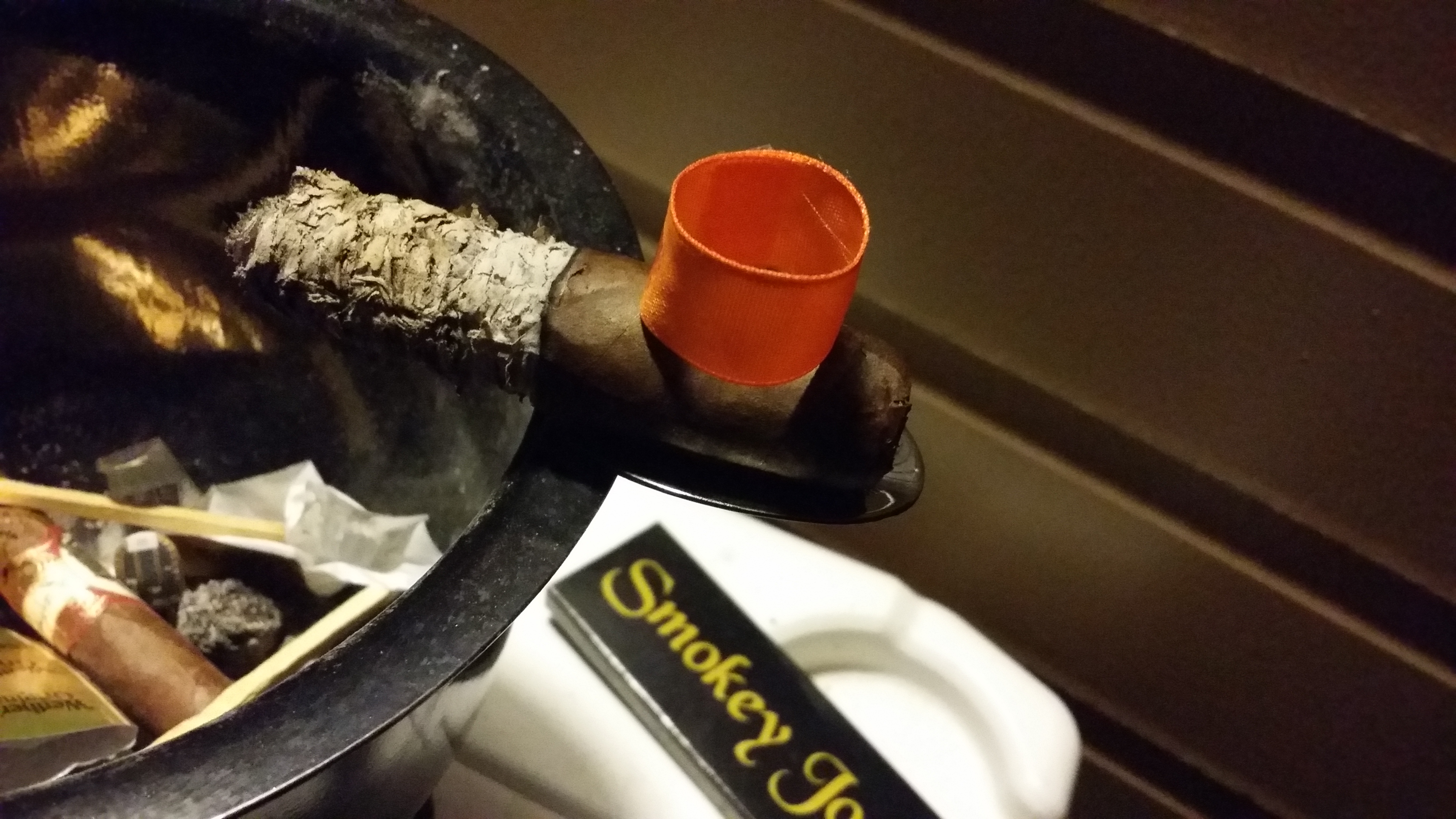