A review of the Beast.

pross Posts: 874 ✭✭✭
December 2015 in Ratings & Reviews
So I bought a box of Partagas Black on a recent CCOM  deal which included a free sampler of mystery premium sticks.
I opened the shipping box wondering what the freebies may be.  I admit my expectations were not high.  To my surprise, I saw three Ave Maria Reconquistas, a fave of mine.  On the other end of the spectrum sat three Gurkha Beasts.
Never one to turn my nose up to gift I decided I would smoke a Beast with an open mind and give it an honest review.
Pre light examination unveiled a slightly toothy wrapper with a veiny, but not unattractive appearance.  As with all Gurkhas, the label was a great marketing piece if you wear sleeveless shirts in the winter and call everyone "bro". 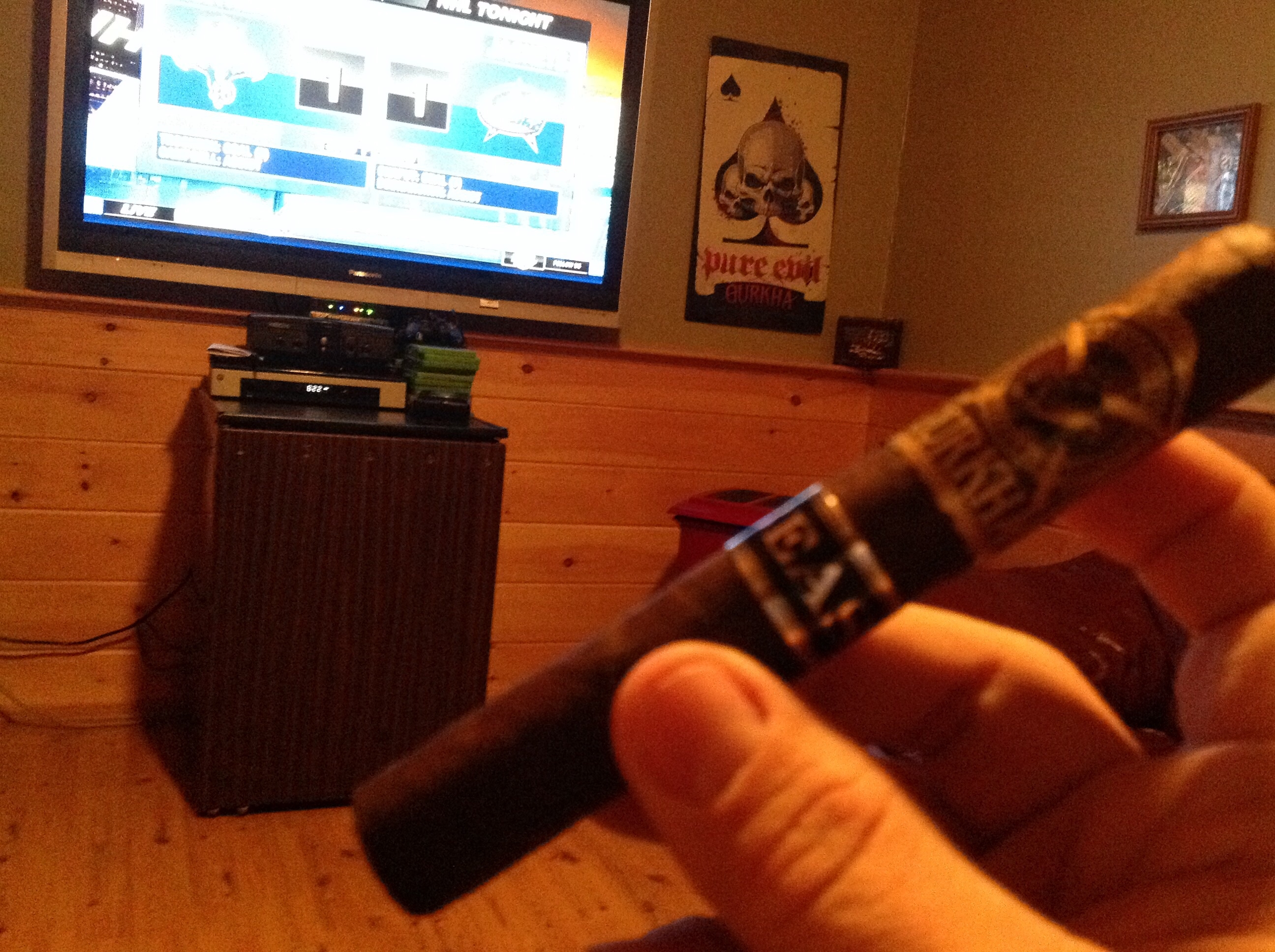 There was almost no notable pre light flavor and I noted the absence of the barnyard odor I like to find in a smoke. It was oddly inert.
Most of the stick was properly firm with the exemption of the very end of the head which was incredible hard and felt a bit like a plug.
I cut the end using my Xikar v notch cutter, toasted the foot and lit up. I noted the draw was a bit tight, probably due to rock hard part of the stick.
I was immediately hit with a very strong flavor I could not quite place. It was a solvent/ chemical type flavor that rested high at the back of my palate/ nasal cavity and lingered there.  Interestingly me the retrohale was somewhat inoffensive. I struggled with the first third, racking my brain the entire time, trying to identify the sensation and flavor I was being overwhelmed with. Then it hit me like a freight train.
Let's just say that in the late 80's Tony Montana's favorite product was not entirely unknown to me. The  flavor at the back of my throat bore an incredible resemblance to the lingering fuel taste associated with some of the chemicals concoction associated with "powdering our nose" back in the day.
Determined to finish my review, I powered on.  The ash held for about an inch and a quarter before dropping off.  I am really struggling to continue for the second third which offered no change.  I was worried this stick may land me in the Betty Ford clinic if it kept hitting certain "triggers".
Thank God I lost the pager number of my contact decades ago. 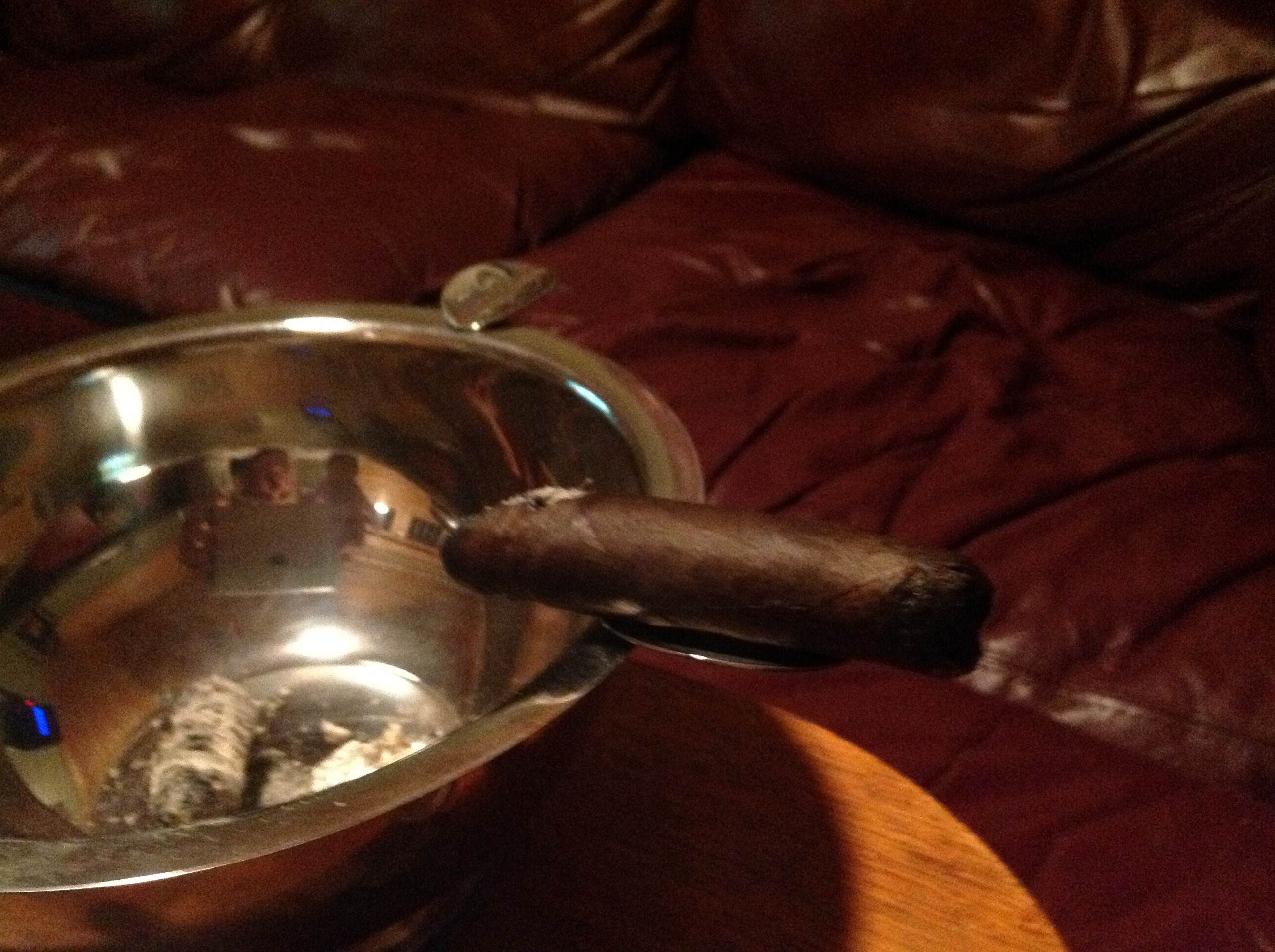 The bottom third of the cigar brought either a destruction of my tastebuds, or some mellowing of the stick.  It suddenly occurred to me that the offending note was actually a cedar blend gone bad. It was simply overwhelming. The burn started to get wonky all of a sudden and required much attention to prevent a full canoe.
Strangely, the last inch and a half, some decent leather notes appeared, which I enjoyed.  This was also right about where the hard spot on the stick was and I suspect it is related. 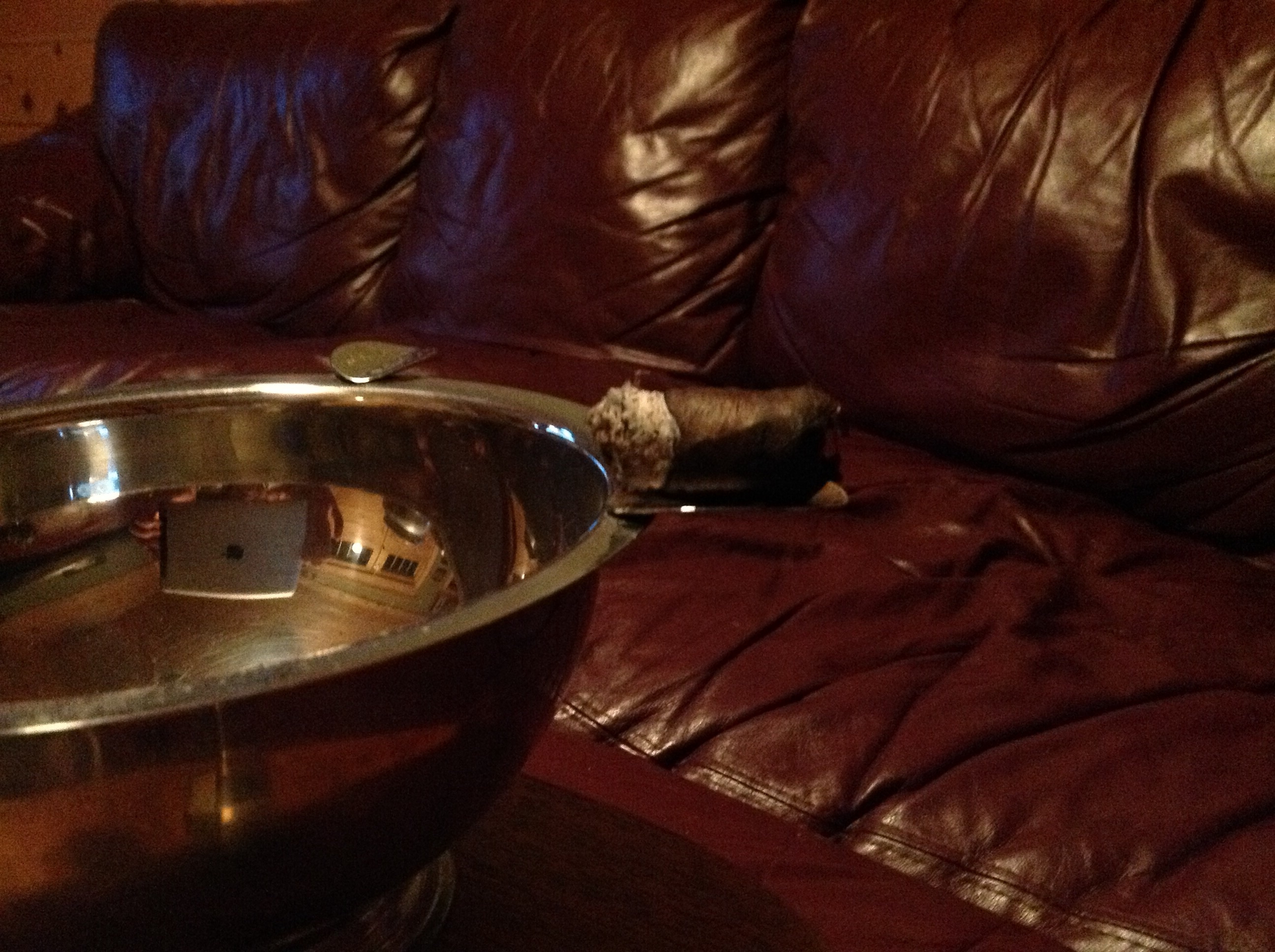