Spring is on the way 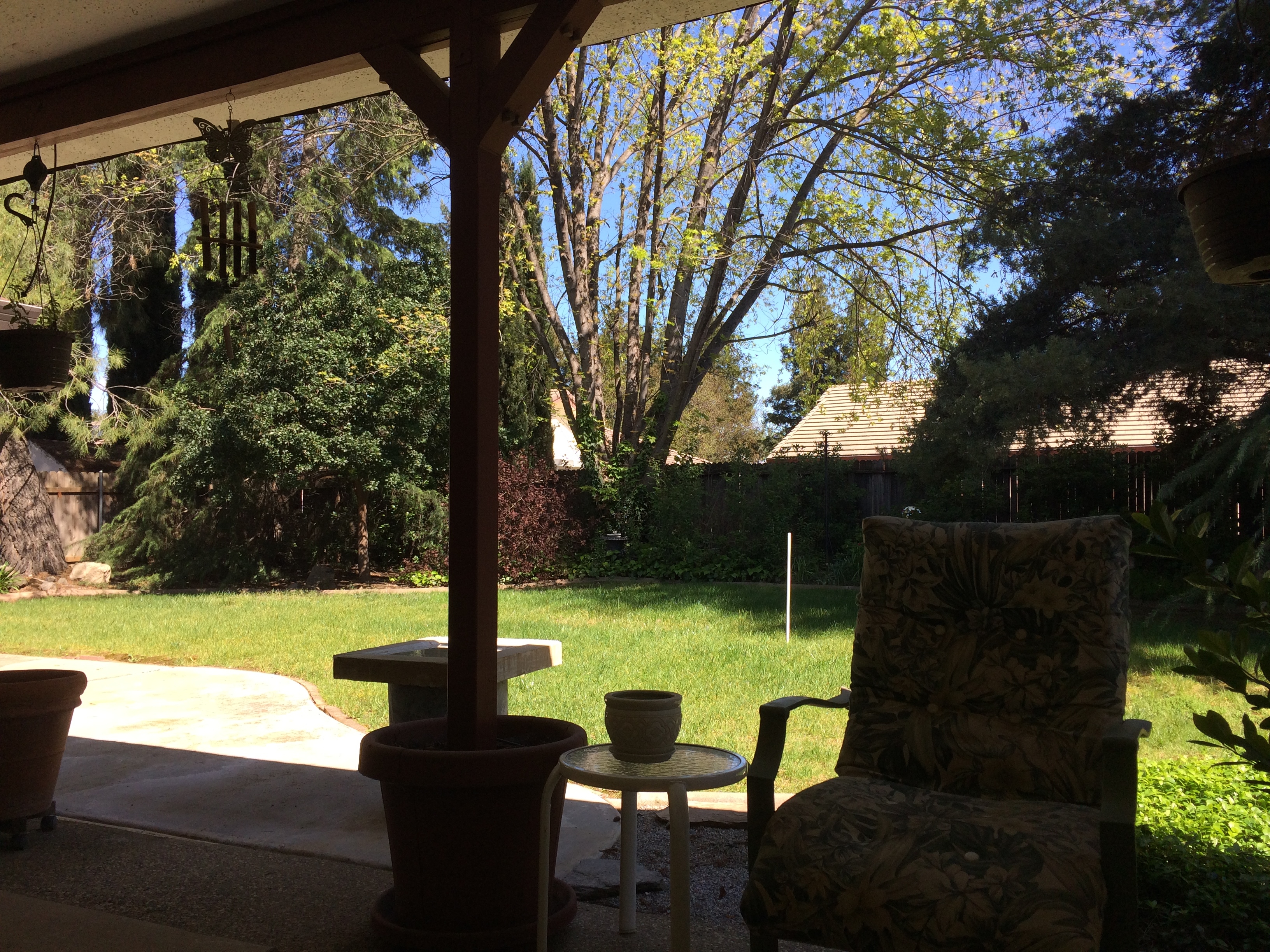 i think spring is finally here. Trees are leafing-out, flowers are blooming. It's lovely.

If anyone wants a tree that's a direct descendant of the world's best-traveled maple tree, ol' Fred (Frederica?) is beginning to put out seeds. Soon they'll be 'helicoptering' down all over my yard. I'll be happy to send you some - just addy up. If you prefer, I can send you rooted starts instead of the seeds.

Some of you have already heard about Ol' Fred. He (she?) is a member of the family and has travelled to the east coast and back again, living in California first and then Oklahoma, Delaware, Washington State, and back to California. Because of the seeds, I guess we goofed when we first named him Fred. Or maybe male trees also put out seeds, I dunno. He's the one in the center of the photo - up against the back fence.

Anyway, it's starting to be another lovely spring.