Crisius Hoquiam, WAPosts: 414 ✭✭✭
June 2017 in Non Cigar Related
So, I game. As most people my age do. And while playing a game, Payday 2 for those interested, I was doing mission that had money hidden in cigar cases at one point. The ones without the money just showed up as cigars. It took place on a luxury yacht. And upon a close up look I discovered a familiar "band". It makes me wonder if the guy who created the level really likes Macanudo or not though. Because if I could afford a Luxury Yacht and could fill it with cigars, I don't know if I'd have 4 humidors stuffed with just that. Now, this is nothing against Macanudo, they are one of my favorites especially on a daily level. But this might be in excess. 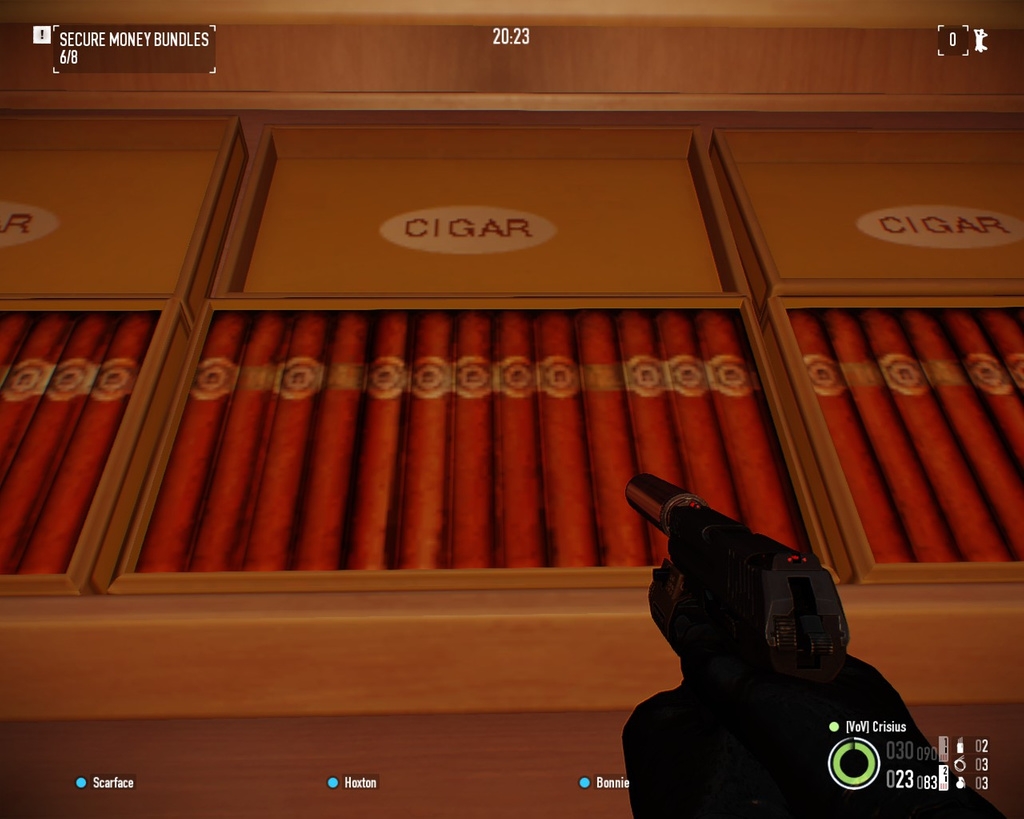