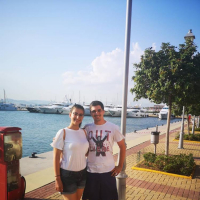 Thanatos0320 Posts: 577 ✭✭✭
February 2019 in Non Cigar Related
My brother asked me to cosign on a car he wants to lower his interest rate, so I said yes. The dealer called me and asked how much money I make and asked for my social security number. Before we got off the phone, the dealer also said he needs some other things from me and that he will email what he needs. I received an email a few hours later and opened it.

Because I've never cosigned for a car, the additional information needed from me in the email confuses me. The dealer now needs:
I can understand wanting a copy of my license, but is it really necessary to supply the first 3  additional items?