First_Warrior N.C. MountainsPosts: 2,302 ✭✭✭✭✭
January 2020 in Non Cigar Related
I like to cook. I also like tools. After several years of going up to my studio every two weeks to put a edge on my kitchen knives I decided i'e had enough and started looking for a basic electric kitchen knife sharpener. I found that just about all European knives are sharpened at a 20 degree angle. Most asian knives are sharpened at a 15 degree angle. The asian knives are sharper and slice through just about anything with a lot less effort than the 20 degree knives.
After a lot of looking I found a electric sharpener highly rated by Cooks Illustrated that was set up to a 15 degree angle. It is the Trisor XV Knife Sharpener  by Chefs Choice. I don't know how to post a link but I can't say enough good things about this tool.
I started by reshaping  all my knifes to a 15 degree angle. The next step was polishing the edges and finally buffing the edge to a razor. I am a sculptor and I know what a sharp edge can do.
The tool is a little pricy at about what a box of mid priced cigars cost but now I have a cool tool that keeps my kitchen knifes razor sharp. The only thing that Chefs Choice could have done to make the tool better would be to include a box of band aids. 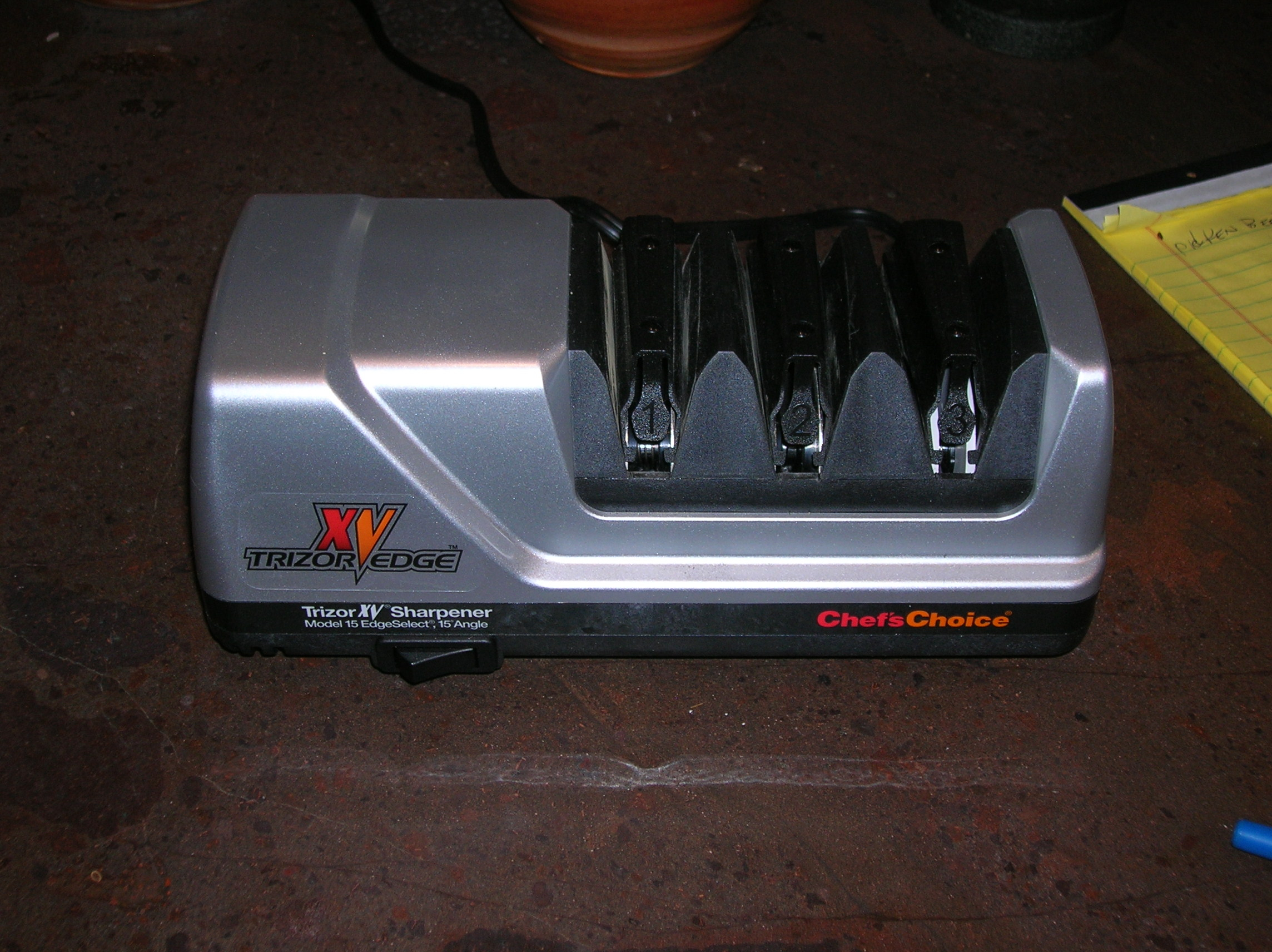 The Native Peoples of the Americas gave tobacco to the world.
9