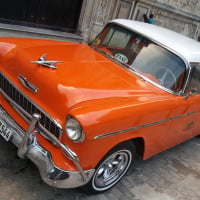 What cigar would you like to smoke before you .....can't smoke cigars anymore?