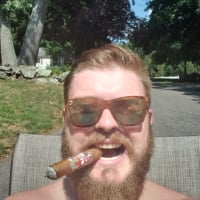 It's fitting that I just moved from here 8 months ago and they make their new team name The Kraken! Gotta say it's a cool name, but awful logo. I mean come on, you can't think of anything better than a S with a red dot! Anyways, the pillows up there will probably continue to cancel culture when they realize Greg Hardy was nicknamed The Kraken...should be fun to watch