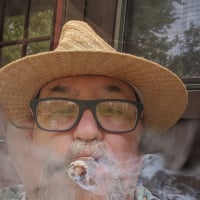 Thanks everyone for great replies to my Cusano Celebrity question.
Here's another "question no one ever seems to address"...

I'm looking for advice on a cigar for me. Easy enough; the innernut is full of that. Problem is that I'm a '90s guy in a '20s world. Actually, it's worse, I'm a '60s guy. I remember when Road & Track was about Ferrari, Lotus, Formula One, and Sterling Moss. You bought the mag and drooled over the wonderful cars you couldn't afford. Flash forward to today and I can at least afford a good cigar, but when I seek advice on what to sink twenty to fifty bucks into I find myself in the age Camaro ZL1, NASCAR, and Sterling Marlin. Oh, Road & Track is still here, but the featured story is, "Top Five Big Block Pickup Trucks!"
YEAH!!

As a clue to what I already like, I prefer Grupo de Maestros' version of MONTE to A.J.'s (although I love other Fernández creations) and my absolute favorite cigar right now is Camacho 1962 PE.

Oh, and does Camacho (or anyone) make a cigar that tastes similar to the 1962 PE without the Cuban claim? That is, if Cuban tobacco isn't really a factor in that cigar's flavor then is there another cigar that tastes like that? I know, I squeezed that into this topic instead of opening a new one, but they ARE kinda related. I guess the moderator will split them up if necessary.