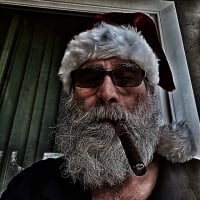 In the very merry month of May. It's time to ante up for the next round in the Lotto. Who's game? Here's the boilerplate.