re-felting the bottom of a humidor 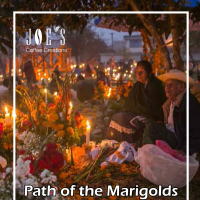 [email protected] Posts: 1,692 ✭✭✭
June 2013 in Cigar 101
well this is my take on re-felting the bottom of a humidor, outside bottom
i have had this humidor since 2007, it's pretty rare now, it is a cao brazilia vs. italia humidor,
when i got this i was at a cao event at kenny the kings in volo il,
it came with 5 of each brazilia and italia cigars, plus i got a free box of cao pirahna with it for a $100 for the humidor
it has been on the same shelf put away for the last 3yrs. when i pulled t out the bottom felt was coming off, so i decided t pull it off, after checking the bottom i realized the bottom was basicly a peice of cedar, i decided to correct any gaps with some wood glue on the bottom outside, everything filled in great,
i purchased some felt i went with a navy blue fits the humidor great color wise,it a double the thickness of what was used originally
now i taped the humi shut, masked the whole lower part then masked with paper on the upper to catch any over spray of adhesive
sprayed both parts with a nice layer of adhesive,

waited for them to tack over and then applied and used a roller to press them tight together, resprayed the cornersand pressed them down, let it sit for about 5 mins to bond, now i used a flame to burn the edges of loose felt or frays to melt in

and heres the end result, still a looker
[