splain me that rugby

webmost Dull-AwarePosts: 7,704 ✭✭✭✭✭
September 2017 in Non Cigar Related
I've tried to grok rugby on many occasions. Can't. Last weekend I stumbled onto the women's world cup: England versus New Zealand. The Brits all beefy barmaids from beer joints that don't need no bouncer. You could picture one coming out from the back room with a keg in each hand "get outta my fuggn way". But the NZ Black Ferns, holy haka, those burly Maori gals make Serena look like Twiggy. I mean, these women would make a silverback wanna put the lid down. 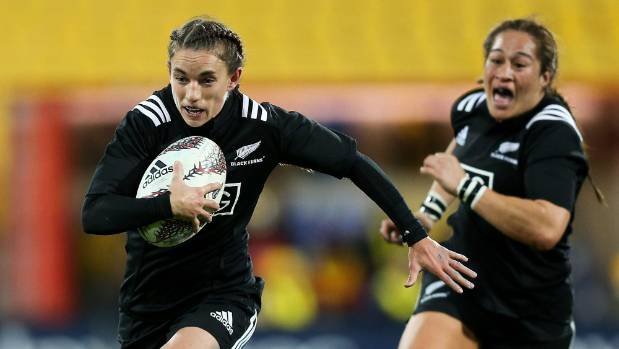 So I got to watching with the toob on the right hand and the innerwebz on the left hand trying to figure out the rules. No dice. Like as simple as this: The ferns won pretty much by playing cowdozer. One would hug the ball, put her head down, run into the line of barmaids, two steps with five Brits on her back, down she went in a pile, pop the ball out between her legs, you know how they do, like laying an egg; then the next Fern would pick it up, head down, dive into the line of barmaids, plow ahead, go down... and so they would advance inexorably two three steps at a time. No one could stop them. Tried page after page. Could not figure why, when a Fern laid her egg, a barmaid wouldn't grab it. The whole deal beats me.  Everything I read would go like "blah blah blah it's a knock on". ... and if the ref don't wanna, she just says "play on".

Yesterday I was watching Penn State & they showed a team pic of Nittany Lionesses who won the college rugby cup. All long blonde haired mothers of heroes, broad in the hips and deep in the chests. A TV promo promising more college rugby to come.

Anyone here splain me rugby so I can understand, or point me to a page that does?
“It has been a source of great pain to me to have met with so many among [my] opponents who had not the liberality to distinguish between political and social opposition; who transferred at once to the person, the hatred they bore to his political opinions.” —Thomas Jefferson (1808)