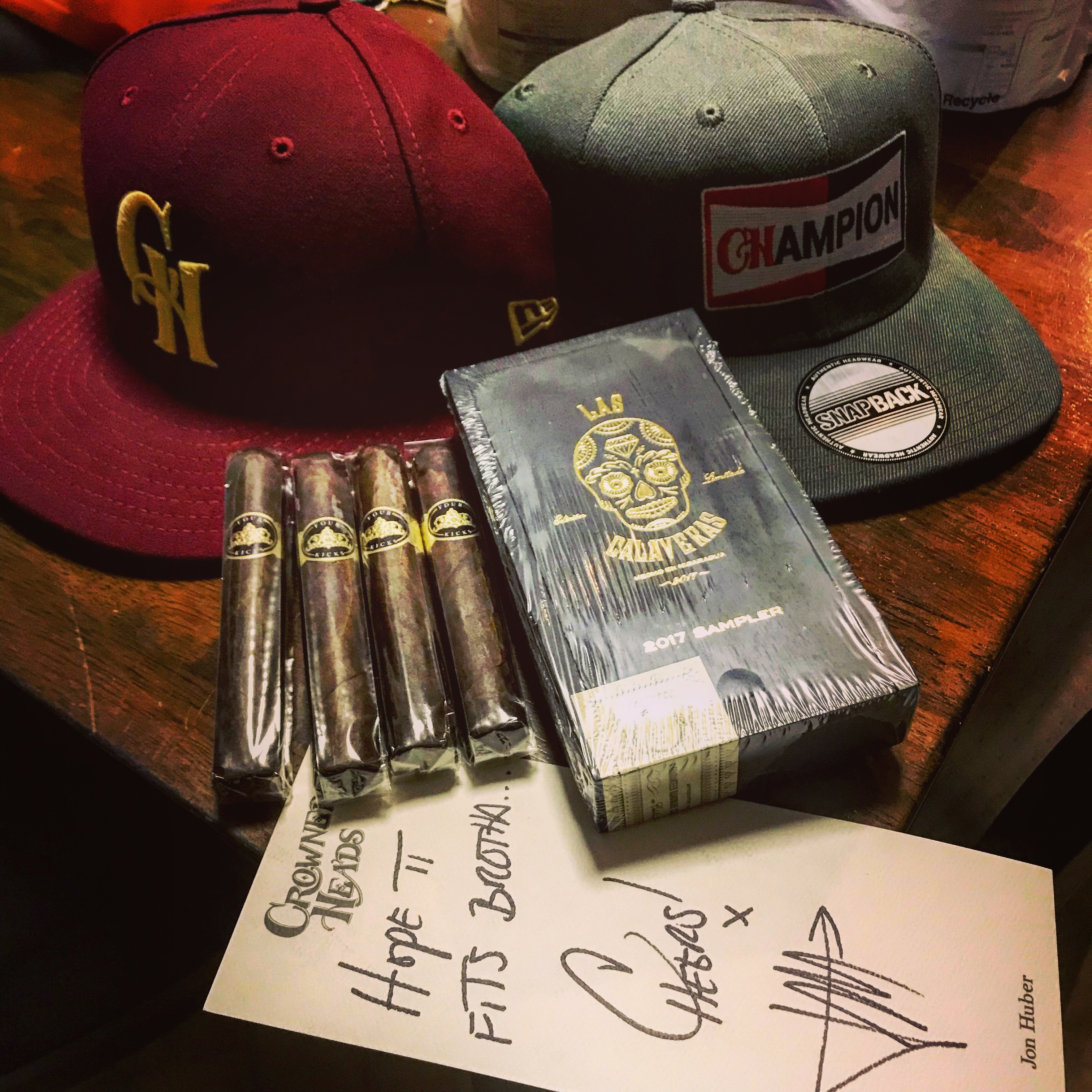 One of my favorite things about taking up this hobby/lifestyle of cigar smoking are the friendships that I have made. I don’t know how it happened but I have managed to be befriended by nine other than Mr Jon Huber from The Crowned Heads. I reached out to him about looking for a Las Mareas hat for my upcoming mission trip to Guatemala and although he didn’t have it, he said he had the Crowned Heads USC hat, close to my size, and didn’t hesitate to send it out. I got the box and as I was carrying it in, I was thinking, man this is a lot heavier than it should be... and then I opened it and I was blown away, not only an additional hat for my collection, but also Four Kicks Maduro, and Las Calaveras 2017, both cigars I haven’t tried yet but have been looking to!!!

This man, and his brand are far and above the status quo, this is a brand that I stand behind and support whole heartedly.

if you don’t know The Crowned Heads, do yourself a favor, five then a try!