TX98Z28 TexasPosts: 2,292 ✭✭✭✭✭
November 2017 in General Discussion
I finished planing the taper down so all drawers and shelfs fit properly. Sanded everything with 220 grit. Just finished wiping everything down with new sponge and distilled water. Each drawer has 6 Boveda packs in them, put 3 on each shelf, think there's 22 total. Boveda's are all 72RH for seasoning. Forgot to mention I put a small seal around the lid now door, is air tight for sure. Now to wait, then move the hoard in! 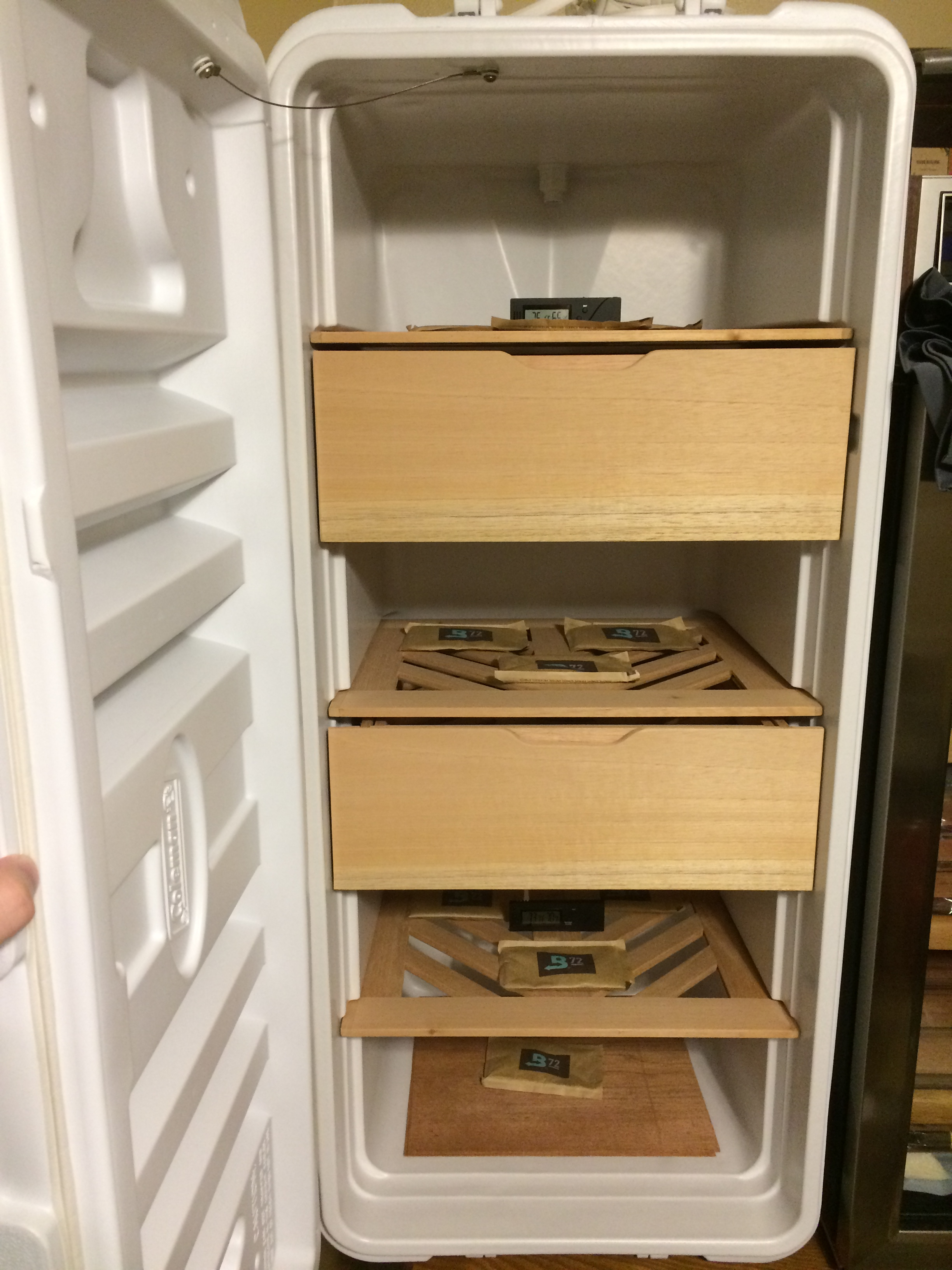