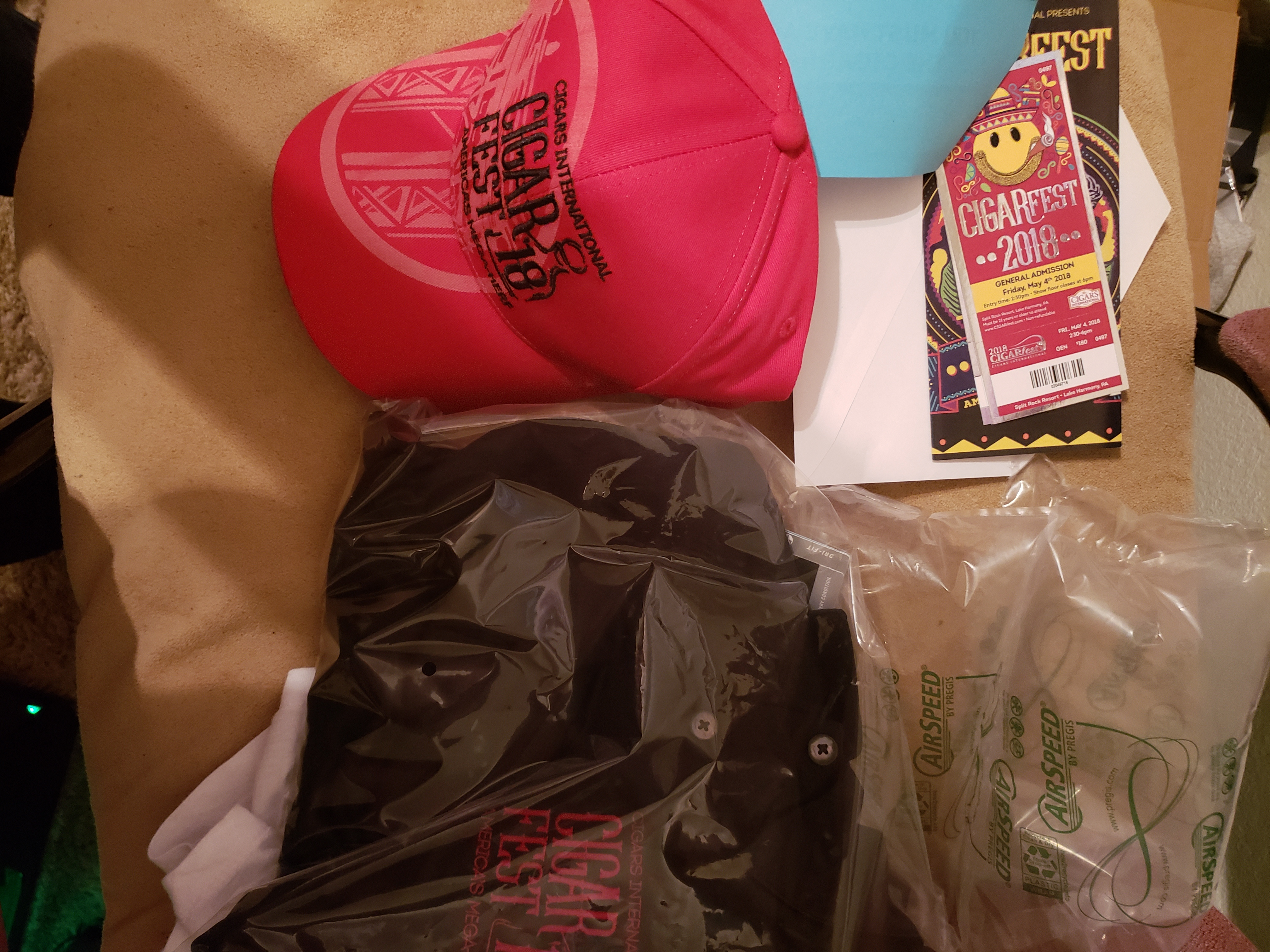 CIGARFEST TICKETS! We have two, with the tickets for the hat and shirt upgrades.. My buddy and I aren't able to go now due to some unfortunate events, so I'm just trying to get what we paid for them..

These tickets are 265 a piece with the shirt and hat ticket upgrades (they enable you to get like twenty more cigars). They are 180 without those upgrades. I'd like to sell it all, but if we don't get rid of them soon, we'll lose all the money spent, AND can't go.