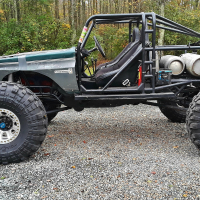 ForMud Aka; Quickdraw, Clayton, DelawarePosts: 2,333 ✭✭✭✭✭
July 2018 in Non Cigar Related
Being it was just a anniversary on Friday and they are talking about going back there lately as a jumping off point to Mars.
It got me thinking......Did/how it actually happen?
It's been almost forty years and no one else has been there, or even close....Why?
The part I'm having trouble with is the technology part of it. Compared to today, technology was pretty crude for a journey like this. With what we have today it would be a very hard under taking.