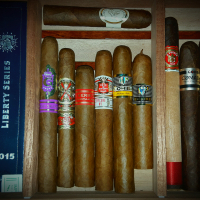 mattyv696 Posts: 5 ✭
September 2018 edited September 2018 in Trades, Passes and Bombs
If anyone has any Tatuaje – Miami 10th Anniversary reserva for trade ive got a pretty good selection and am willing to trade down but it must be a reserva
Tagged:
2