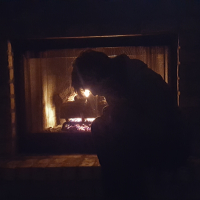 Glassjoe Baton Rouge,LaPosts: 25 ✭
December 2018 in General Discussion
I have a guilty pleasure. I look up the rich and famous and find out what cigar they smoke. I will almost always buy one and try it. Some are obvious  choices but some celebs have intresting favorite picks. Rush limbaugh likes padron, Jack Nicholson likes macaNudo maduros, kid rock smokes only hemingway short stories  . I could give a s#^$ about their politics or movies / music but I do like to see their smoke. do you do this at all? do you have a fav celeb cigar pairing or do you have a favorite cigar that a celeb also enjoys?am I stupid. let me answer that one. P.s. also Ive heard Justin Bieber smokes 5 Vegas Gold? Never tried one of those. anybody?
'I think,' said Christopher Robin, 'that we ought to eat all our Provisions now, so that we shan't have so much to carry.'
1