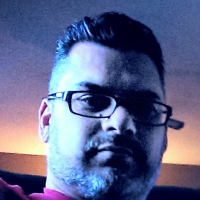 GaryThompson South CarolinaPosts: 788 ✭✭✭✭✭
February 2019 in Non Cigar Related
I saw this in the comments section of a YahooNews article about a recent shooting. I did not however see many serious responses or comments about this persons ideas.. It struck me as odd.
Our group here is diverse and come from all walks of life/backgrounds and experiences. I am curious as to your thoughts on this person's comments.  I understand the troll factor but this person obviously has invested some thought and their own convictions.
""