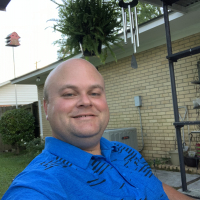 MorganGeo Brandon, MSPosts: 2,241 ✭✭✭✭✭
August 2019 in Non Cigar Related
I'm curious, what are your thoughts on what can help prevent these type of things from happening?

I don't know what the answer is.

One thing that is crazy to me is how one individual can posses this much hate that drives them into doing something like this.  Crazy times we live in.
0
«12»