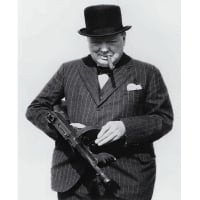 Far_North_64 AlaskaPosts: 848 ✭✭✭✭✭
August 2019 in Cigar 101
For the last week Al my cigars have been bulging around the area if the band. Frequently the wrapper from there down just falls off or is such a mess it's unsmokable.
Almost all are new buys and are in either a desktop humi or tuppidors. At show temp and humidity to be at 67. I've calculated all hygrometers with boveda calibration bags with the last week.
I assumed from looking on line that the cigars were too moist. However I remember from reading the 102 newbie hints thread that kuzi16 said that such cracking of wrappers can come from too much moisture difference between the cigar and the air. It has been raining here a lot lately.

Now I really don't know if they were actually bulging or not since I never seen one before. It looked like it to me but what do I know?

Should I dry box them before smoking to see if that helps?

Second query. After the wrapper fell off my last cigar, I noticed this white spot that was under the wrapper. There was no sign of it on the wrapper itself. It didn't smear like I think mold would. Could it be something the rollers use?
Any other ideas what might be causing the cracking?? 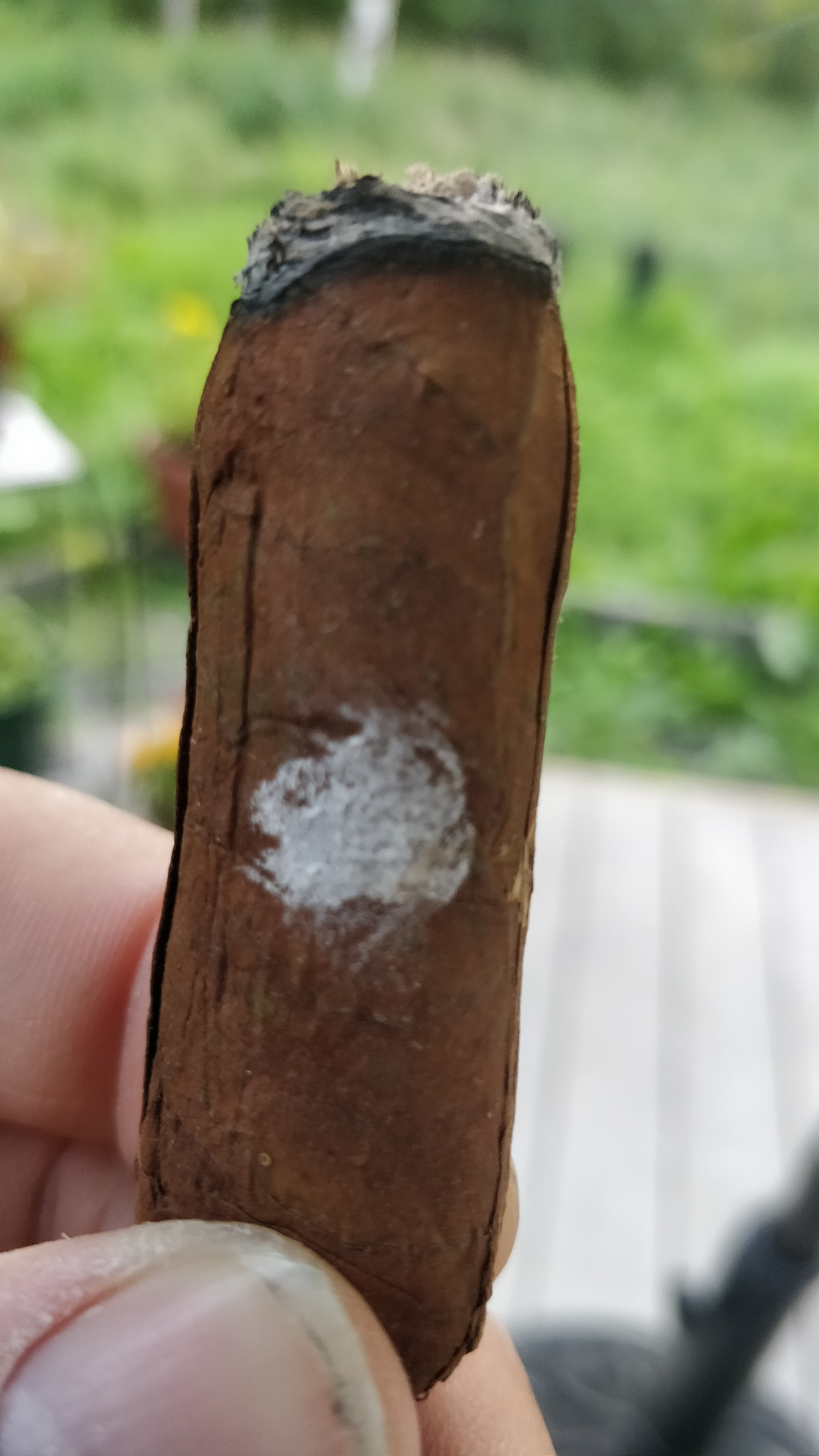 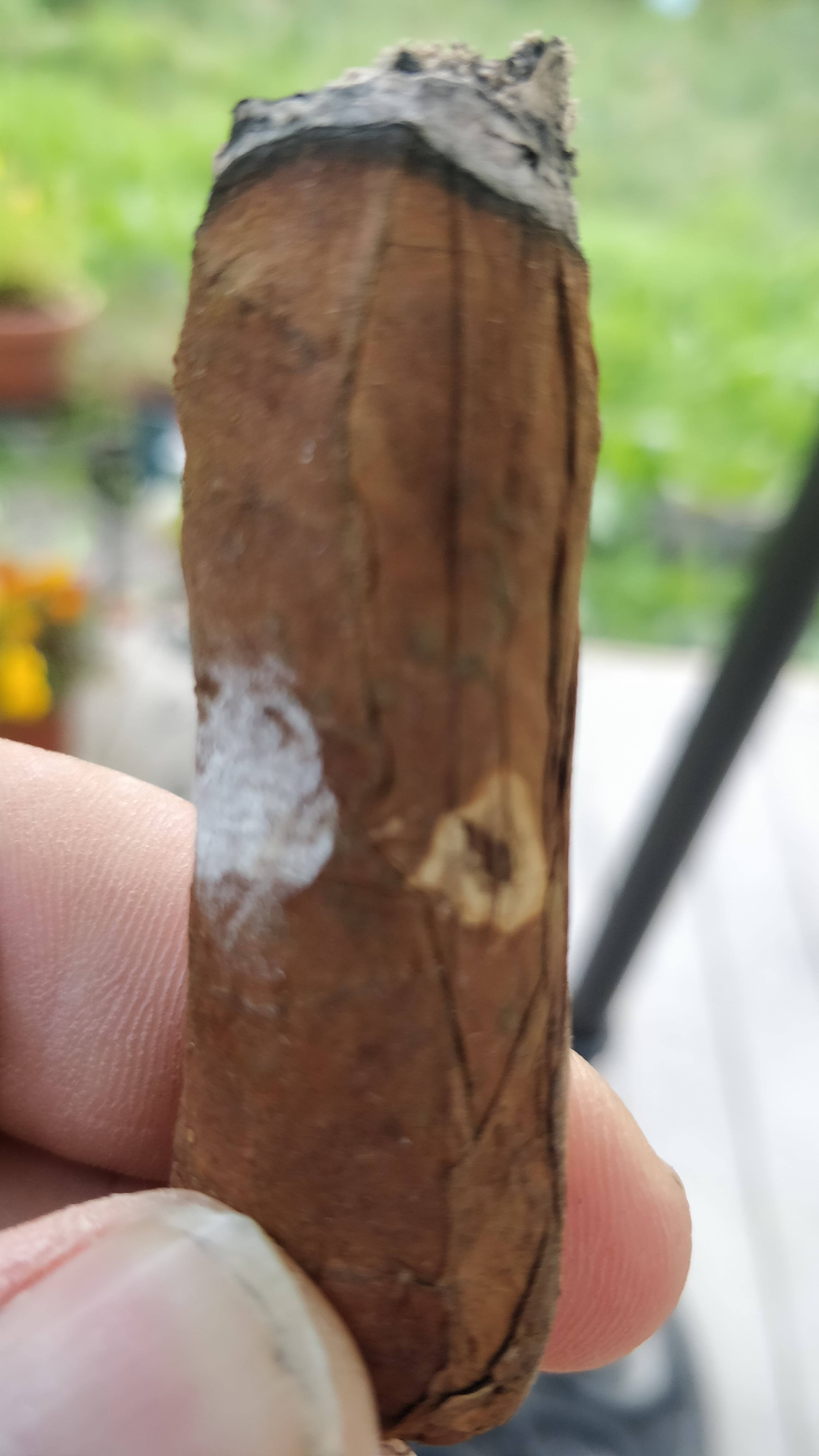