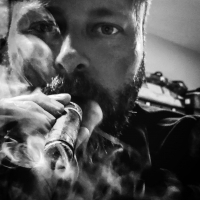 Has anyone tried a cigar pipe? Thoughts? (this should be interesting)