What does/did everyone do for work? 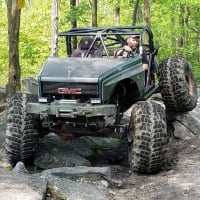 ForMud Aka; Quickdraw, Clayton, DelawarePosts: 1,562 ✭✭✭✭✭
April 2018 in Non Cigar Related
I'm sure there's a thread on this some place, but I figure I'd start a new one....

As for me..... I was a mechanic/driver/operator for a bunch of different construction companies in the local area for many years. In 08 when the bottom fell out of construction, then I fell into construction supply sales and have been there ever since. I knew zero about sales but had a working knowledge of what I was selling. Plus I knew half the guys walking though the door having worked with them at one point or another.
I truly enjoy my job for the first time. Now I don't mind getting up at 4:00 am and getting home at 6:00 pm everyday.
It's a small company only five of us, which makes it nice.
Now I have the gift of gab and I love to bust balls...So I fit right into sales. As my wife puts it "All you do all day is BS with people" She does have a point....But I'm good at BSing