jlmarta 50 miles from ParadisePosts: 7,832 ✭✭✭✭✭
September 2018 in Non Cigar Related
This is a photo of my occasional smoking buddy. Her name is Gertie, she’s a cigarette smoker, and tomorrow will be her 94th birthday. She’s the only other smoker I’m aware of who lives at the assisted living facility where I live.

She told me she’s been here for four years. She thinks our secret smoking place is a secret but everyone knows she sneaks out here 3 or 4 times a day for a quick smoke. And I mean everyone, up to and including the administrator of the facility.

When I first began coming out here, she was pretty leery of me - worried that I’d rat her out. It took a while for me to gain her confidence. She’s quite a gal. Her mind is still sharp but her hearing isn’t quite up to par. I get a kick out of talking with her when we bump into one another sneaking out for a smoke.

I couldnt take a photo of her directly because she’s a bit paranoid about being caught even though I’m confident that no one would say anything. I had to wait until she wasn’t looking to get this shot..... 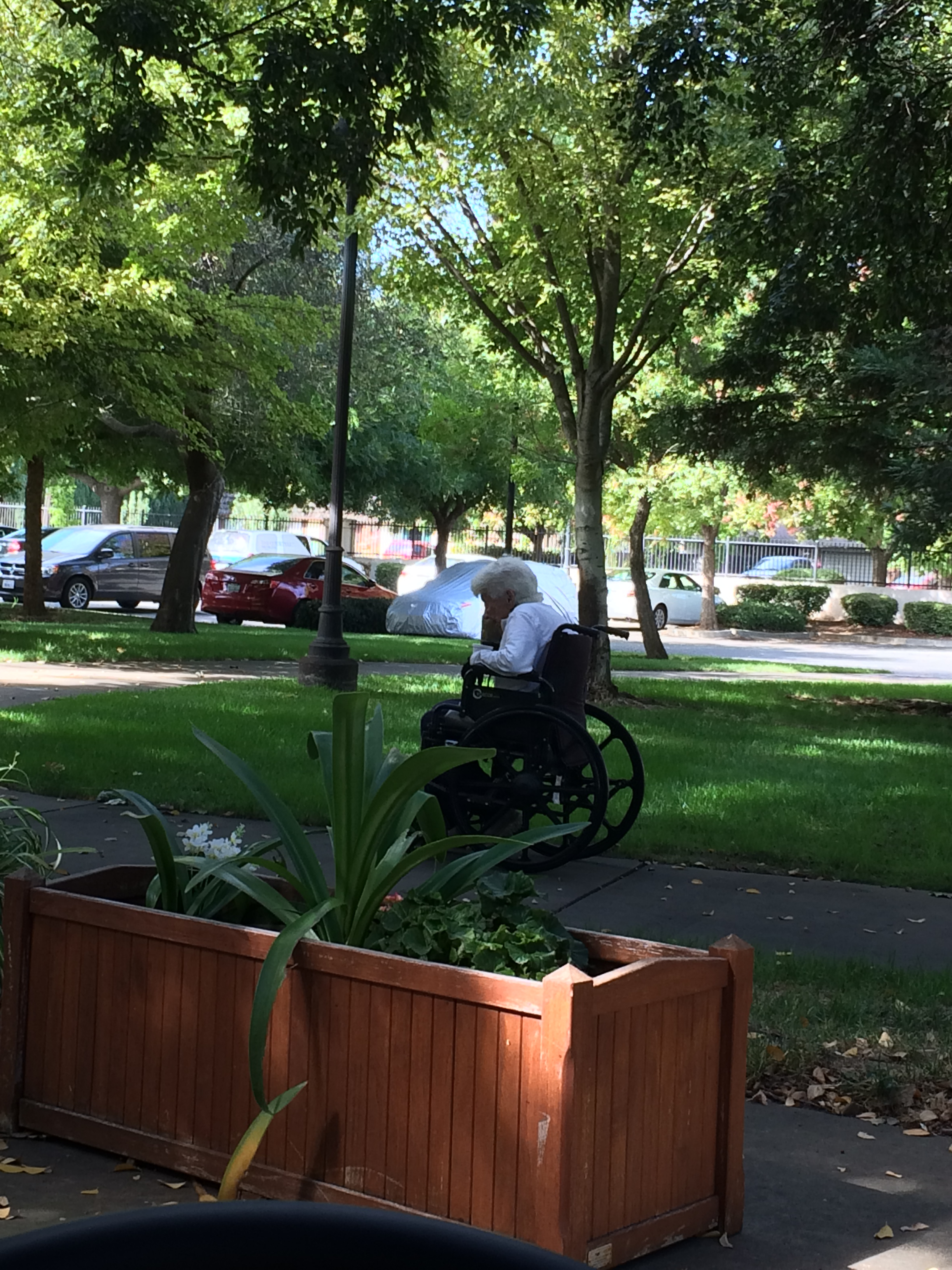