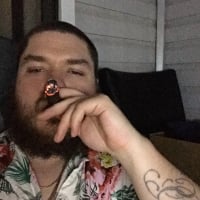 Bring your abstract and philosophical thoughts. I’d like to hear your wisdom, as odd or as interesting as it may be. Things that you apply to life, or toss to the side after the moment. Part of life is finding yourself alone in your head, thinking of random things. Grab a cigar, get a little altered if you’d like, let’s see how deep gets.